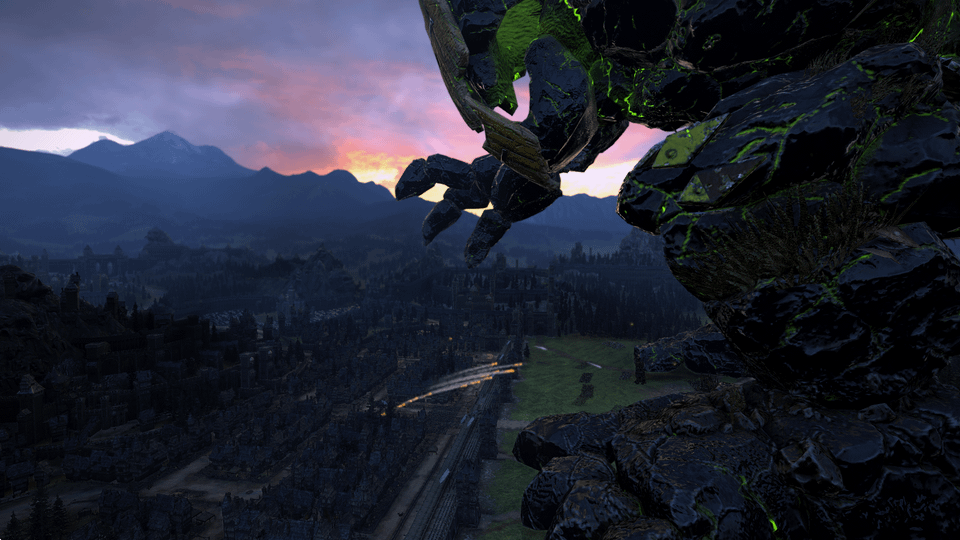 AI controlled faction: “I refuse peace. No amount of gold will persuade me.”

AI on Legendary mode: “I’m going to send out some bottom tier melee infantry that refuse to rout and somehow they will give your titan a bloody nose.”

What in the name of Sigmar is that size

In Soviet Reikland, mountain comes to you!

…that is some Ancalagon, Galakrond level insanity right there.

Ah, the Laboratory in action.

On that day, humanity received a grim reminder

By the rules of the badlands, that thing is, and i quote: “DA BIGGEST AN’ DA GREENEST, SO ‘EZ DA BOSS.” Id love to see a ridiculously oversized idol have a waaagh following in its crater sized footsteps, just cuz.

He doesn’t even notice, either. He’s a peaceful giant, and is just misunderstood. But he’s too big for arrows to even register, so he doesn’t notice all the armies trying to kill him, or the monumental WAAAGH that follows him wherever he goes

We need Ian Malcolm in here:

“That is one big pile of shit”