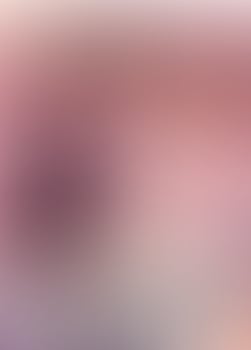 Pretty good VN. It wound up the second best VN on my VNDB rankings, so it’s fair to say it wasn’t bad. The comedy was really good and the drama was really there, and some of it was okay (while some of it was pretty dumb).

I’ve been planning on replaying Saya’s route for a while, because that one was so good, it’s just hard to find the time.

Edit: Also worth mentioning that the baseball minigame is one of very few examples of me liking gameplay in a VN. I liked the way this handled gameplay in general, with most of it (if not all of it) being completely optional, and you can choose which things you want to do.

I liked the mini-games a lot in this VN, right off the bat

I love the baseball game and did several play throughs to get a perfect season.

My big takeaway for Little Busters is that it had a great common route and a great true route, but all the intervening drama was just a total mess. Honestly, Little Busters hooked me faster than almost any other VN. But from the time I began Rin’s route, through all the other routes, I was just waiting for the plot to wrap up.

Also of note, Riki is the worst MC of any VN I’ve ever read. He’s supposed to go through tons of character development by the end, and he still sucks.

Anyways, since ranking everyone against each other was a big theme in this story, I had a running ranking of waifus while I was typing up my WAYR’s a year ago:

Sexual Predator-Chan (Kurugaya). Never appears embarrassed about anything, open about her quirks, irrepressible flirt, social facilitator, and apparently a ninja. Also the only one who looks like an adult. Plus she threatens to murder some bitches. Really her only flaw is that she’s interesting in the little dipshit MC.

Neko-Chan (Rin). Rin works really well off of the other LBs, and she has by far the best sprites.

Delinquent-Chan (Haruka). Haruka’s a bit uneven. Her route really fleshes her out, but she still comes across as lacking direction and motivation. She’s also completely dependent on MC-kun for support. I took a screencap of Haruka and Futaki.

Engrish-Chan (Kud). Kud’s motivations are somewhat complicated, but she’s usually fun when she’s in any given scene. She’s also the only girl who has any manner of chemistry with MC-kun.

Doppelganger-Chan (Mio’s Shadow). As with the actual narrative, she supplants Vampire-chan’s spot in the rankings. Her outgoing, cheery, forgiving, doting, and ultimately self-sacrificing personality give her an edge over her primary.

Vampire-Chan (Mio). While she’s the quietest, she makes the most of her lines by dunking hard on MC, which is a plus in my book. But her motivation is kinda nonsense.

Fairly refreshing in that it’s one of the few VNs featuring a tight group of friends (only other one I’m aware of is MajiKoi).

I just finished this one yesterday. I’ll write up my full thoughts in a WAYR. For this I’ll just summarize my major takeaways.

I’d rate the common and true route about a 9 out 10. The side routes vary in quality, but I wouldn’t rate any of them above a 5 out of 10. I haven’t read the EX routes. If someone says that they’re much better than the other side routes, I might give them a shot.

Related to the above, the side routes being weak is the Achilles heel of this VN. Compared to Key’s previous VN Clannad, this is a big step back. I liked the side routes in Clannad, and found them to quite good. For Little Busters, Key used completely different authors to write the side routes. I’d guess that this is part of the cause of the quality drop.

The girls in this are quite weak, but the male friendos are awesome. I own the Key 10th anniversary box, which has mini posters for ever Key girl to that point. I’m super disappointed that there are no mini-posters for the Little Busters dudes.

For the English Edition re-release, Key decided to butcher the CGs by cropping them. I made a fan patch to decrop them. I recommend it to anyone playing that version. link to release

Feel like I want to revisit this at some point…never did Saya or Sasami routes. I overall liked it, but I still can’t really stand Riki.

I kept trying to get into Little Buster’s for about 7 years or so now, but finally I finished this VN over a week ago (didn’t do Kanata/Saya/Sasami routes yet) and have to say that as my first Key VN that I actually finished, as I also bounced off Rewrite initially, I really enjoyed it though it definitely had it’s flaws.

I enjoy Riki as an MC, though he’s definitely a weak link in the narrative. Through all the routes we get teases here or there about his backstory, but by the end we still don’t really know much about him, instead learning more about how they all initially met up, which tbh was the strong point of the VN so I wasn’t really mad about it.

The routes themselves were pretty inconsistent. Outside of Rin2/Refrain, Haruka’s route was definitely the strongest, giving her a full character arc that makes a lot of her previous antics make much more sense and delivers very well on the theme of the route, forgiveness (also has one of the most powerful bad ends in the game). It helps that this route wasn’t solely just about her, which imo helps the narrative as it’s at it’s best when the characters interact with anyone that isn’t only just Riki.

On the other hand, I was pretty disappointed in the Kurugaya and Kud routes. The former felt like it did a disservice to the character, as while it had it’s strong moments, it felt like more of an excuse to clue the MC and reader in on what’s going on (I think it’s kinda hilarious that the anime adaptation chose to add Kurugaya’s route to Refrain). And the Kud route was just kinda….weird. Riki and Kud’s banter is fun, and the ending was strong, but also idk. It’s hard to explain, the events just felt so out there and kind of random and thematically felt a bit all over the place.

I don’t want to sound too negative on the VN, because I genuinely did enjoy it. Rin2/Refrain was fantastic from start to finish, and while you could logically make the argument that the supernatural elements added into the narrative can make the story feel a bit cheap, I also think that they’re used in service of the overall themes of the VNs to help enhance the storytelling and definitely gave those moments (especially Refrain) the impact that they needed.

While I wasn’t big on Clannad when I watched it years ago, I’m definitely interested in giving more Key VNs a try going forward after finishing LB.