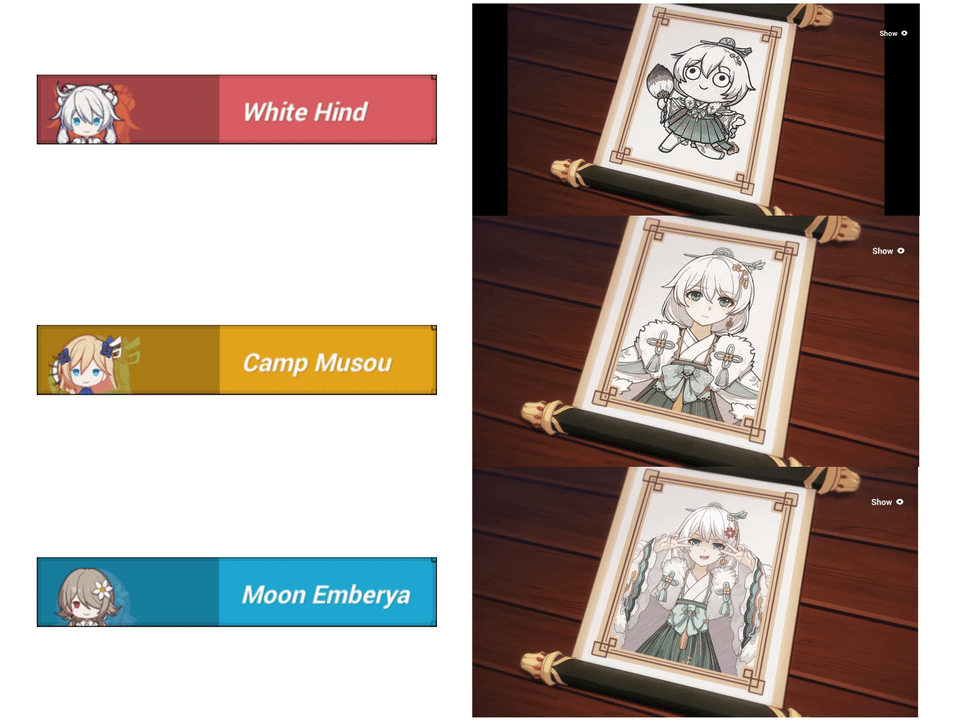 As a White Hind member, I strongly agree

As a Moon Emberya member, I take offense to you not considering the smug af Princess to be the “Normal” one.

Camp Musou is fooling their ranks with propaganda. All the while the White Hind faction had to modify the caricature in order for it’s leader to find the Princess relatable.

Sorry mate, my bad. As a White Hinder I deeply apologize for such behavior.

As a White Hind member, anything involving Chibis is my happy food.

I am part of Emberya myself, but what makes you think that is smug rather than suffering?

Sincerely, a Member of Camp Musou.

As a Camp Musou member, I agree with what you said. Lol

The funny thing about the White Hind one is that in hindsight, it’s drawn that way because the Prince is just messing around with Jackal, since Kiana is pretending to be an idiot in this story.

Also glad to see Rita’s fondness for Theresa surpasses dimensions. I like that one even more than TeriDerp somehow.

The way story is told is fucking hilarious. We thought she was an idiot. Now we got laughed at for being an idiot.

What was the story like in Rita’s side? (I’m on Kiana’s side and I’m not too far yet…)

You mean White Hind is the normal one. None of the others capture Kongming’s essence.

I was already expecting the beat up face from Kiana’s masterpiece, but it still caught me off-gaurd lmao

You don’t get to chose your faction.