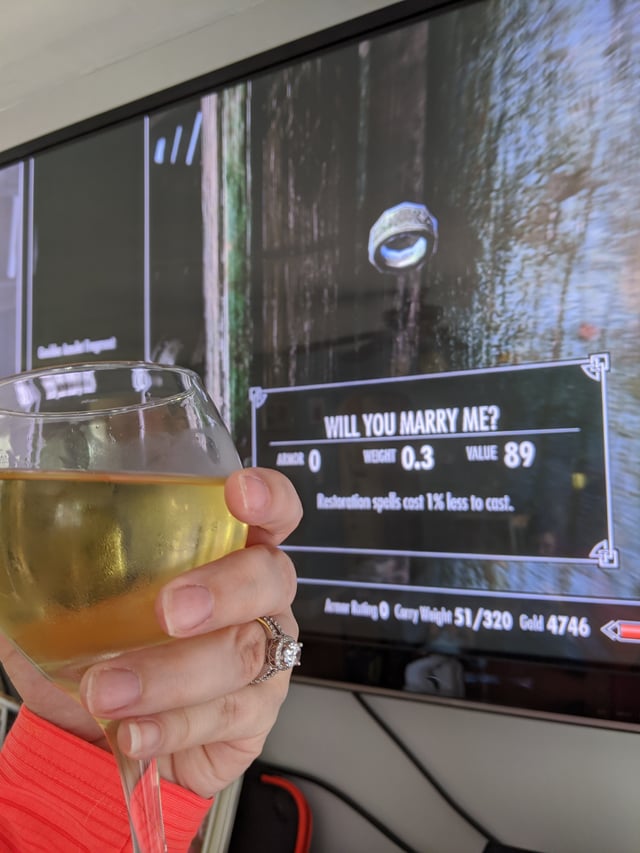 Somehow, the pathetic enchantment percentage just makes this even better.

This must not be his first time up to the altar then.

No point wasting a black soul gem, they don’t grow on trees you know.

You have a point, but he used her character. So I guess he wouldn’t want to waste her good items, so if you think about it, it’s actually better.

Marriage isn’t about the strength of the enchantment – it’s about how long it can last.

Dude used a petty soul gem to pop the question? Oh my God wouldn’t even spare a common?

I suppose I agree with you.

I’m glad she’s not one of those “if he doesn’t spend at least three potions in the crafting and wear all his perked armor in making it, then why would I waste my time?” gals. Congrats OP, that means she’s probably a good one.

Should have enchanted it with Soul Trap.

Restoration is a perfectly valid school of magic.