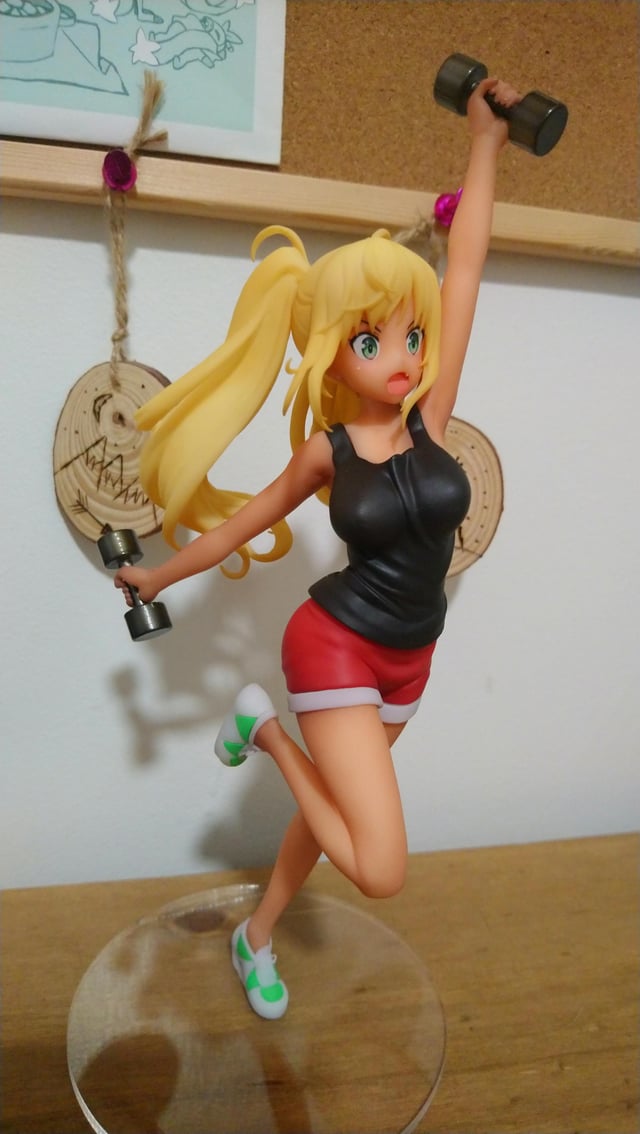 I literally just got a kirie sakurame figure (UQ Holder) from them. Never again. It was so shoddily made I had to gorrila glue the right leg to the rest of the skirt/lower torso and had to glue a hair tassel because all the hair wasnt just connected to the head.

Love the figure itself but was so incredibly disappointed by FOTS craftmanship.

She does lean a lot, I can see what people mean by build quality isn’t the best. Lessen learned I suppose.

Just a warning, this figure was fine out of the box but developed a huge lean issue over time and ended up snapping at the ankle. Was able to glue it without too much issue, leans slightly still but otherwise ok. Was quite disconcerting as it was my first figure to break on me 😰

I noticed that too, I went out for a walk and after I got back (~45mins) she had a noticeable, to the point she toppled.

I’m not sure how I would fix this as she kind of slotted into her show so it’s not very strong. I’m going to use a little clear fishing twine for now I think.

Now whenever you see her, it will remind you to keep it up.

Looks nice. Originally I wanted both to put in my gym, but I got spooked because the maker owns fots. I ended up passing but maybe it was a mistake.

I wouldn’t know tbph, from first hand impressions though it does have a big lean to it and the pigtails don’t sit super snug but enough that they sit in place. But I’m happy with it so it works for me 😊

She’s so cute!! Congrats on keeping up on your fitness habit!!

Very nice! I want to buy both Hibiki and Akemi, but I’m afraid of damage. Do you mind me asking where you bought yours?

I got mine from ebay new. I’m a real newbie and didn’t do much research into things, akemi would be better I think as she doesn’t lean as much as hibiki. She’s on two legs as well.

Woa. I’d love to have one of these for sure.

I got back into weight loss this year and right when I was getting going I was watching This anime and then BAM covid hit and I’m back in the slump, hope to get back into it now that gyms are reopening

I found anything is something, so I took to using some weights at home, body weight exercises and walking. I’m lucky I live in a rural town so it’s not so congested.

Good luck, you can get back into the swing