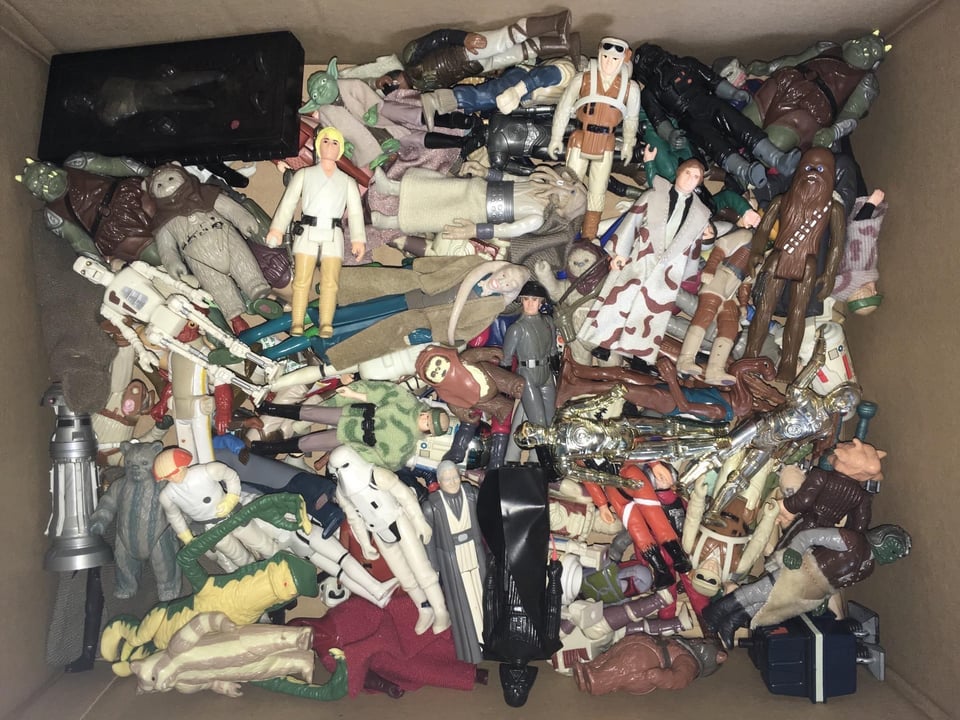 Cool! I even see the droids you were looking for.

What are you going to do with them?

Could never sell them. Whenever I rediscover them I’m 10 again. Was a good age to be .🤓

Is that a Sebastian Shaw figure?

Nice yak face. You should get a bat box and put em on display!

Can get a bunch of money for Yak face.! I was looking for him

The Kenner Vader is the coolest. We have the Millennium Falcon too that thing was awesome

The OG anakin skywalker is awesome. That was mail order only I think.

According to one of the other comments that was the case in the US, I’m UK based and they were sold in the shops.

I can smell this picture

Lol. Yes. They do have a distinctive perfume. One though – the Tie Fighter pilot always smelt a bit like raspberries…still does. 😂🤷‍♂️

Dude, you’ve got at least 8 of the last run. That’s at least a couple hundred for those alone.

I have rechecked the list of the last 17. I have all but 3…Paploo, Imperial Dignitary and the Imperial Gunner.

Perfect filler for an aquarium of acetone!

Omg! It looks like they’re in really good shape with shockingly little paint chip, you should set em up in a detolf shelf or something