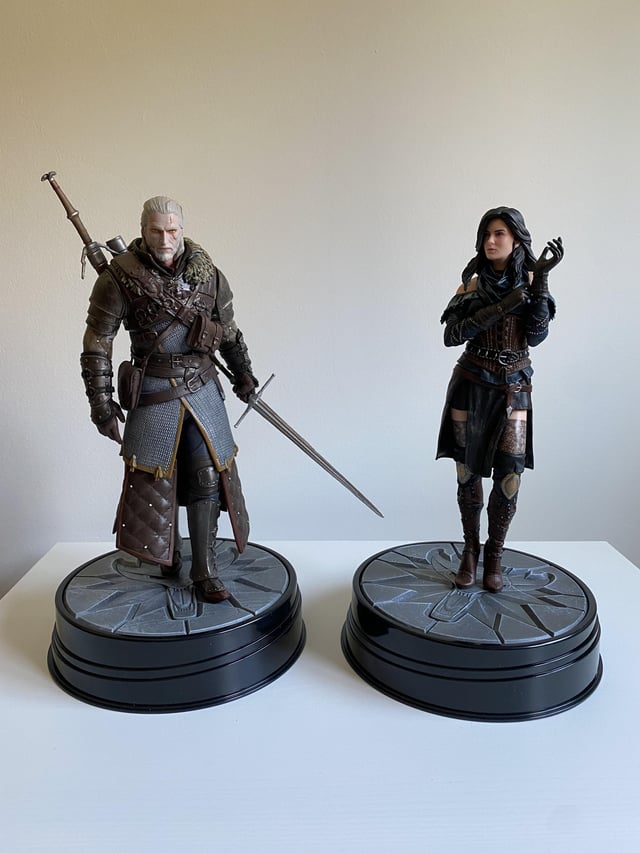 Ikr, i fucking love the wolven armour in tw3

Would have loved if they released one with the manticore gear

There is a master crafted cat one

There’s actually no visual difference between Mastercrafted and Grandmaster. It’s just stats you acquire from NG+ and the title… Grandmaster.

I personally prefer the Mastercrafted Feline Armor, but I won’t deny Ursine is sexy as hell.

Sorry, Griffin, but that’s just how it is…

Sucks for me because i like the grandmaster upgrades on the griffin gear the best. Oh well, fat Geralt it is

Ursine is simply the best.

Ursine armor is the best looking one next to Viper one IMO.

Ursine gear looking schmack as ever

Yeah in all the figures i preferred second editions except Geralt.

Actually i wanted to get Ciri also but her second editions face doesn’t look like her at all in my opinion but the clothes and the overall figure looks better quality however first edition is better face and lower quality clothes.

I might be wrong though, i just saw the photos and have been waiting for months on amazon to have stocks back up

Correct me if I’m wrong but this is the dlc alternate outfit for yen correct?

Where can you buy this?

I got it from Amazon and the brand is dark horse

I’m a little disappointed about 3 things with the gear:

2 he isn’t wearing wolf gear at the beginning

At least when Filavandrel’s blade kissed my throat I didn’t shit myself.